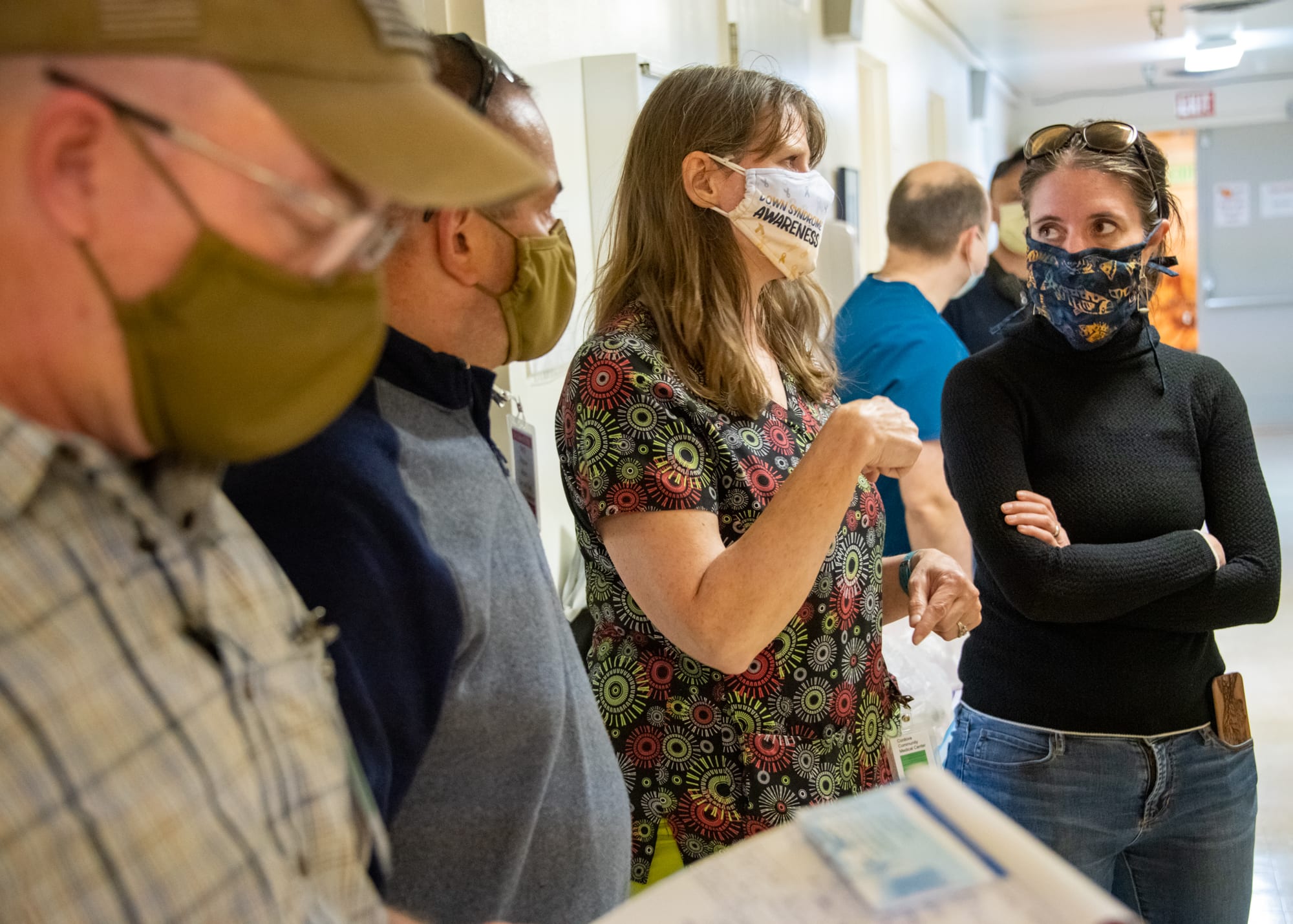 Alaska set a record 1,735 new COVID-19 cases on Thursday, September 23, with five new cases of the pandemic virus in the Copper River census area, as the state’s largest hospital continued to operate according to crisis care standards.

The update reported on Friday, September 24 by the Alaska Department of Health and Human Services

“We have no indication that we are still at the top in Alaska,” said Dr. Joe McLaughlin, the state’s chief epidemiologist. “The trajectory is always upward. We are in the biggest wave we have seen during the pandemic. “

McLaughlin, Chief Medical Officer of State Dr Anne Zink and Health and Human Services Commissioner Adam Crum urged anyone not vaccinated against COVID-19 to get vaccinated, to help prevent the virus from spreading. spread. “Hospitals are overwhelming with the amount of COVID seen,” Zink said. “Without the vaccine, you are at greater risk of hospitalization and death,” she said.

Faced with staff shortages and the treatment demands of a growing number of COVID patients, Providence Alaska Medical Center confirmed on September 22 that the hospital has started rationing treatments. Providence’s medical executive committee earlier, in a letter to other Alaskans released earlier, confirmed that with 30% of adult patients testing positive for COVID-19, they were forced to ration treatments, including dialysis and specialized ventilatory support, prioritizing patients who have the potential to benefit the most. Doctors noted that the decision to ration care there would have a statewide impact, as much specialized medical care in Alaska is only provided in Anchorage.

Those in need of emergency care are always advised to go to the emergency room and not to delay or avoid seeing a doctor.

“We are besieged by the virus,” Zink said at a press conference on Wednesday, September 22. “The Delta (variant) is different. Delta is deadly,” she said. “It impacts everyone. Get vaccinated,” she said.

Governor Mike Dunleavy, stressing the medical urgency of the situation, said hundreds of medical staff are on their way to Alaska to help healthcare facilities for 90 days at a cost of $ 87 million, all reimbursable. by the Federal Emergency Management Agency.

“We have a problematic virus; it’s a huge problem, ”Dunleavy said. “We believe that vaccination is the tool. I urge people to seriously consider vaccination.

Still Dunleavy said he was not going to cajole or demand that Alaskans get vaccinated and criticized those who he said make the pandemic a political issue. “We don’t know what will happen in two or three weeks,” he said. “We have to be very careful next month, the Delta variant causes more people to go to the hospital and more people to die.” The governor said people can help by being careful with their outdoor recreational activities, which often result in injury, so they don’t end up in hospitals already stressed by understaffing. “When it comes to the health of Alaskans, I ask all Alaskans to pull themselves together,” he said.

The Alaska Department of Health and Human Services said 58.5% of Alaskans 12 and older are now fully immunized and 62.8% of those 12 and older have received at least their first dose.

There are currently 217 patients diagnosed with Forty-one of these patients are on ventilators.