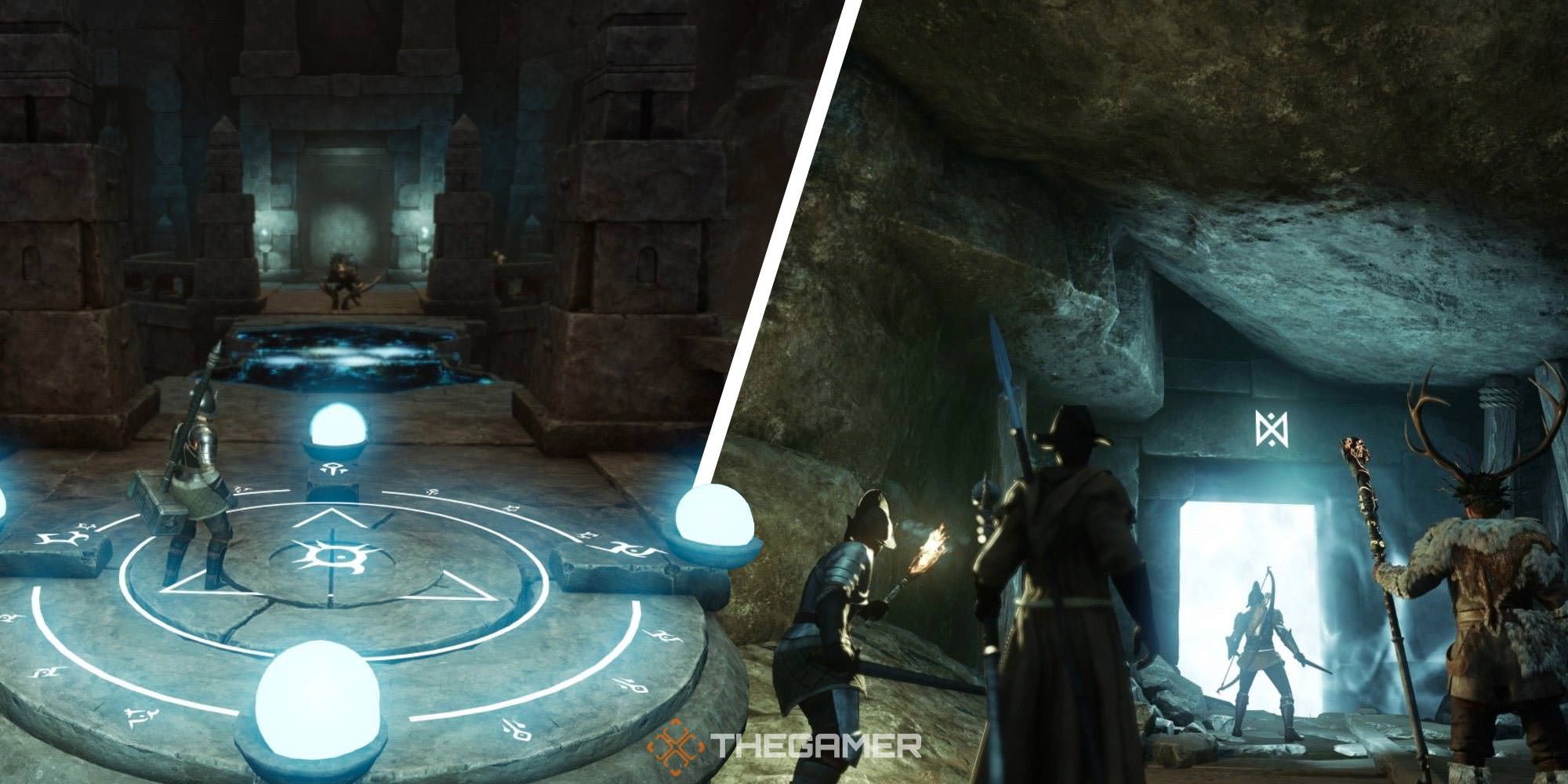 Amrine Excavation is the new player introduction to Expeditions in New World, essentially the in-game version of Dungeons. The game suggests that you should be level 25, so you might want to follow our guide on how to level up quickly if you want to access Expeditions fast. You will likely get the quest around level 20 or so.

This first expedition is actually part of the main questline, so if you follow it throughout your time in the New World, you will eventually encounter it. No need to look for it. The game recommends a group of five players, but with a decent build you can get by with less. Here is our complete guide to Amrine excavation.

By the time you’ve reached level 20 or so, you probably already have a build that you are comfortable with. It is not recommended to try the Expedition solo, so a small group of friends or randoms is recommended to tackle it.

If you’re having a hard time figuring out what type of build is good for this type of PvE in New World, we have a few guides here:

It’s still the start of the game, so don’t worry if nothing is optimized yet. If you and your party are under-leveled you might have a hard time, especially with the final boss. More on that in a moment.

Where is the entrance to Amrine’s excavation?

You can follow the quest path all the way to the entrance to Amrine’s excavation, but to be clear, you can find the entrance to the Wind region. Here’s where it is on the map.

Thanks to NewWorldFans for their helpful interactive map, You can see it here.

Important tip: be sure to speak to Barkimedes (that’s the dog) outside the expedition entrance! He has a special quest to kill the Ravagers inside. Some city missions may also require you to kill monsters inside the expedition. Always check your boards, friends.

There are six main areas in the Amrine excavation:

Here’s our entire walkthrough for excavating Amrine, including the types of monsters and hidden treasures to find along the way.

This is the main entrance to the expedition. There are several monsters here, (Ravagers, Specters) as well as a Star Excavation spawner of monsters that must be destroyed, if not, it will keep spawning monsters over and over again.

The next area is the Grand Traverse, accessed through the Grand Gate with an Azoth Seal in the starting area. There are more Wraiths and Ravagers here, but more importantly, a Hidden treasure! Just as you enter you’ll find a waterfall down a few steps. Jump into the pool and open the Elite Supply Chest behind the water. The oldest trick in the book.

More monsters here, including a few more nests, but the goal here is to complete the translate action on the big rock. This will activate the first of the two pressure plates on the Grande Traverse, which will eventually lead you to the boss area. You just need one of your party members to activate stone.

Let’s move on to the next area, the shattered vestibule. Be careful! You can fall off the edge of these broken paths and die instantly, but you will have to use the Azoth staff on the Seal of Elder Azoth, located in the center of the room. Impossible to miss it. Once activated, eliminate the monsters and return to the Grand Traverse.

Eliminate again the various lost monsters, Ravagers, Wraiths, etc. You get the exercise. Then you need two party members to stand on the pressure plates, which activates a bridge. Cross the bridge, loot Foreman Nakashima’s Toolkit through the front door (you will need the Hollow candle inside), then go to the next area.

Boss fight time! This is where you face off against the spectral ghoul of Foreman Nakashima. Place the Hollow Candle on the Wraith Shard to summon the boss. Here’s how to beat the Foreman.

Take the two chests, one in each corner of the room, and don’t forget the lore page (delicious experience points for each page of loot, don’t know), and move on to the next area.

This is the last Boss area, where you face off against Simon Gray. A great boss is where many inexperienced players are likely to falter. Thanks to GhostArrow on YouTube for the screenshot.

Once you have defeated Simon Gray, collect the Heart Gem and collect some chests in the arena. Exit through the portal and you’ll be thrown somewhere nearby.

NEXT: Vs New World Standard Edition. Deluxe – Which is better?

Aloy’s cheeks have been the subject of a lot of mockery from online gamers in recent days because they are a bit bigger.

Harry Alston is a UK based writer. He was once world number one in Call of Duty: Black Ops and now spends his days chasing after that past glory.