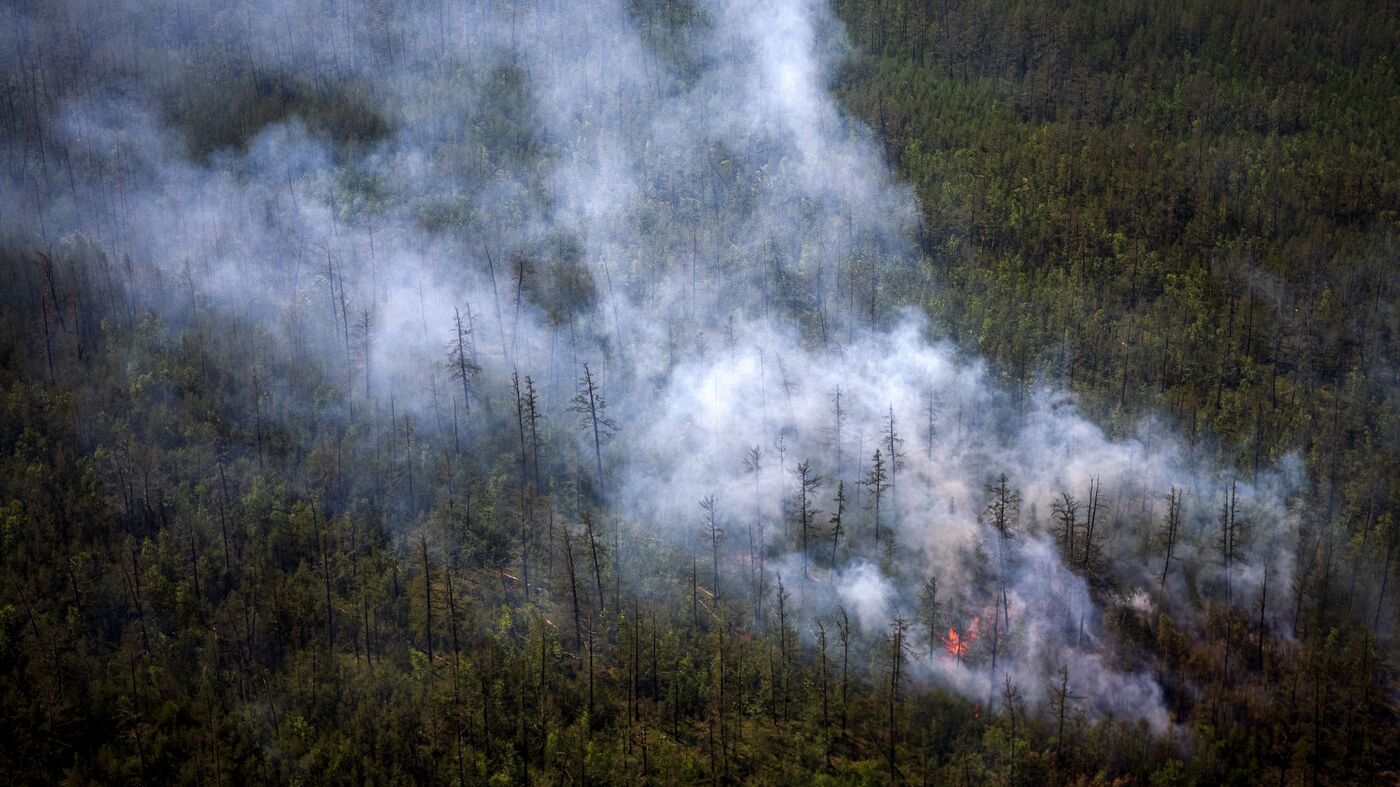 This aerial photo taken from a plane on July 27 shows smoke rising from a forest fire outside the village of Berdigestyakh in the Siberian Republic of Sakha.

This aerial photo taken from a plane on July 27 shows smoke rising from a forest fire outside the village of Berdigestyakh in the Siberian Republic of Sakha.

Smoke from the raging forest fires in Russia has reached the North Pole for the first time in recorded history.

Data captured from satellites flying over the area revealed on Friday how much smoke is being produced by the hundreds of wildfires in the Republic of Sakha in Siberia and how far that smoke is spreading, NASA said in a statement over the weekend.

Smoke covers the sky for about 2,000 miles from east to west and 2,500 miles from north to south, the report notes. The smoke from these fires has even been recorded as having traveled more than 1,864 miles to reach the North Pole – an unprecedented distance.

Smoke from the fires also spread over 1,200 miles to Mongolia on Wednesday, NASA said. Ulan Bator, the capital of Mongolia, and parts of the north and center were blanketed in “white smoke”, Chinese news agency Xinhua reported. The smoke was also visible in Canada, parts of western Greenland and Nunavut, a Canadian territory.

The forest fires in Siberia are already an extraordinary event. The Republic of Sakha, also known as Yakutia, is covered in boreal forest, or snow, and its northern region is one of the coldest places on earth, according to the NASA report.

However, the region has recently experienced record temperatures. In June, some areas reached a ground temperature of 118 degrees Fahrenheit and an air temperature of 89.4 degrees, according to Arctic Today.

While it’s not too late for positive change, leaders around the world should embrace drastic changes and implement those changes as quickly as possible, according to the report. Amid forest fires, deadly floods and historic changes in the rainforest, the planet is already feeling the effects of prolonged inaction.