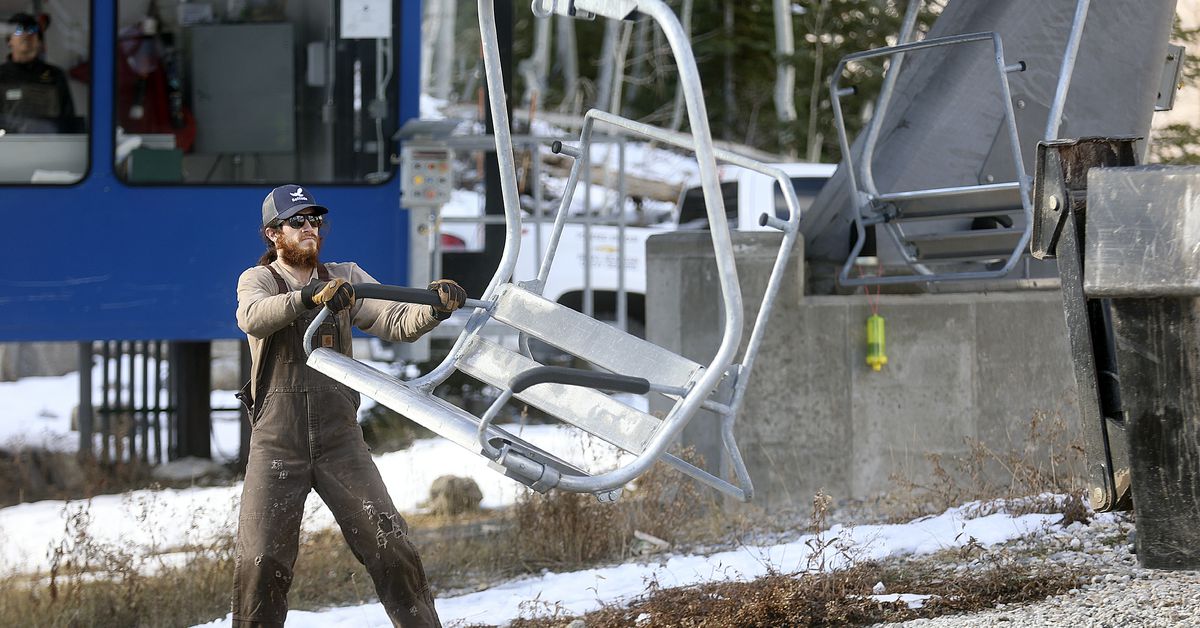 When will the ski resorts open? Some have snow, but are still understaffed

Some ski resorts in the West have enough snow to open by Halloween – but as the hospitality industry struggles with a national labor shortage, do they have the employees?

It seems every restaurant or hotel in Utah, maybe even the country, has a “help wanted” sign hanging on its door. By the end of October, the United States could see a record 11 million job openings, according to data from Indeed, the hiring laboratory.

It was also a snowy October – Snowbird has a whopping 1,400% its normal snowpack for this time of year, and Alta received 67 inches snowfall this month, the snowiest October since 2004.

California and the Sierra Nevada Mountains were hit by a massive weekend storm that swept through 3 feet of snow on the peaks of Palisades Tahoe and drenched Reno with more rain than much of northern Nevada has seen in the past 12 months combined. After that, Palisades Tahoe and Mammoth moved their opening day to Friday.

Colorado also got a taste of winter, with Wolf Creek, Keystone and A-Basin now open for the season.

At the top of Little Cottonwood Canyon, Alta, which is scheduled to open on November 29, currently has a 30-inch base.

“We’ve certainly opened before with less,” said Brandon Ott, chief marketing officer, who said the resort could push back its opening date by a few days, “but we couldn’t open tomorrow, we couldn’t open the next week Because of the staff, but also because of supply chain issues.

Overall, most resorts are still hiring for all kinds of positions: ski patroller, rental technicians, line cooks, building maintenance, waiters, lift operations – even Sundance Resort. has a list for a “recycled glass blower”.

“Just about any job you could think of on the ski slopes will be open,” said Alison Palmintere, communications director for Ski Utah.

Snowbird “is hiring in almost every department right now,” said Sarah Sherman, communications manager. And Deer Valley and Alta both have openings, especially in their food and beverage departments.

The misfortunes of the reception

The ski industry occupies a unique position amid the national labor shortage. Resorts tend to have a high employee retention rate, with a free season pass, discounted equipment, and a fun work environment that draws skiers and snowboarders year after year.

But most resorts also rely heavily on hospitality – the industry may be hit hardest by both the pandemic and the ensuing labor shortage. During the summer Business Insider reported nearly a third of hospitality workers will not return to the industry, citing the desire for better pay, benefits and a new work environment.

Ski resorts responded, with most in the Wasatch Mountains offering higher starting wages than in previous years and adjusting the wages of returning employees accordingly. But jobs in the hotel and restaurant industries remain the most difficult to fill.

“We are certainly not immune to the national labor shortage, particularly in the hospitality industry,” said Emily Summers, senior director of communications for Deer Valley.

“For the record, I have heard cases of hotels having to close parts of their hotels, without making 20% ​​of their capacity available because they don’t have the staff they need,” said Jordan Garn, executive director of the Utah Hotel and Lodging Association. .

“It can have a significant impact – hotels are at the heart of a huge economic boom for the state of Utah,” he said. “Without hotels and accommodation, you don’t see tourism.

Garn detailed the ripple effect that a labor shortage can have on a tourism economy. Without adequate staff, hotels cannot operate at full capacity. This translates into fewer tourists, which in turn translates into less sales tax revenue, fewer restaurant reservations, fewer ski ticket sales, and fewer retail sales.

“If we don’t have the staff we need to accommodate these people, everything else falls apart,” Garn said.

But according to many, last year’s bizarre and pandemic-altered ski season is a testament to the industry’s resilience. Although resorts had to make unprecedented changes, Utah still recorded a record 5.3 million skier days, according to data compiled by Ski Utah.

“We were in a very different place last year, very uncertain. And look at how the skier days went, ”Summers said. “At the end of the day, we have had a successful ski season, the ski operations have worked well, we are resilient and it will work. ”

Summers said it was still too early to say whether the labor shortage will have an impact on Deer Valley. She doesn’t expect hotels to operate at less capacity than in the years before the pandemic, telling Deseret News if operations were to change at all, “it would be small pockets of the resort on some days, mostly food. and drinks “.

The return of J-1 visas – and college students

Utah’s hospitality industry regularly hires J-1 visa holders, a nonimmigrant visa issued to students, teachers, seasonal workers, and more. In 2019, the state saw 3,026 participants on the J-1 summer work visa, typically the most sought-after J-1 visa in Utah, according to State Department data. In 2020, there were only 193 due to immigration restrictions induced by COVID-19.

“We would love to see the availability of J-1 visa workers here in the state of Utah. These address a specific need where we are locally short of market, and therefore to the extent that they are increased, the hospitality industry as a whole would be better off, ”Garn said.

And so far it looks like visa holders are coming back.

“We are back to our normal pre-pandemic numbers,” said Summers of Deer Valley, which relies heavily on J-1 visas.

Other stations, notably those at Big and Little Cottonwood Canyons, do not rely on immigration to fill so many positions.

“Brighton has never had to recruit or hire employees from overseas, whereas other large complexes depend on it,” said Jared Winkler, senior director of marketing at Brighton.

Resorts have also seen an increase, both over the coming season and over the past winter, in applicants missing from college who, as Ott put it, did not want ” go to Dartmouth via Zoom ”.

“Last year was seen as a gap year for a lot of people, both professionals and students,” Ott said. “The talent pool that we had… these Ivy League kids coming to Alta for a taste, working in the mountains for a year and being a student, was amazing. It was truly a ray of hope.

Ott says the trend has continued, with many nominations coming from college-aged children from across the country. Applications from the Utahns started to pick up again, but for much of the fall Ott wondered, “Where are all the people and children of the valley?” ”

Take-out? “Now is the perfect time to take up a position at a ski resort,” said Winkler. “The stations pay well. “

Walk the State’s Return and in Person on November 27

New World Guide – Tips and Tricks, How to Access Corrupted Expeditions and Invasions, and Attribute Bonuses