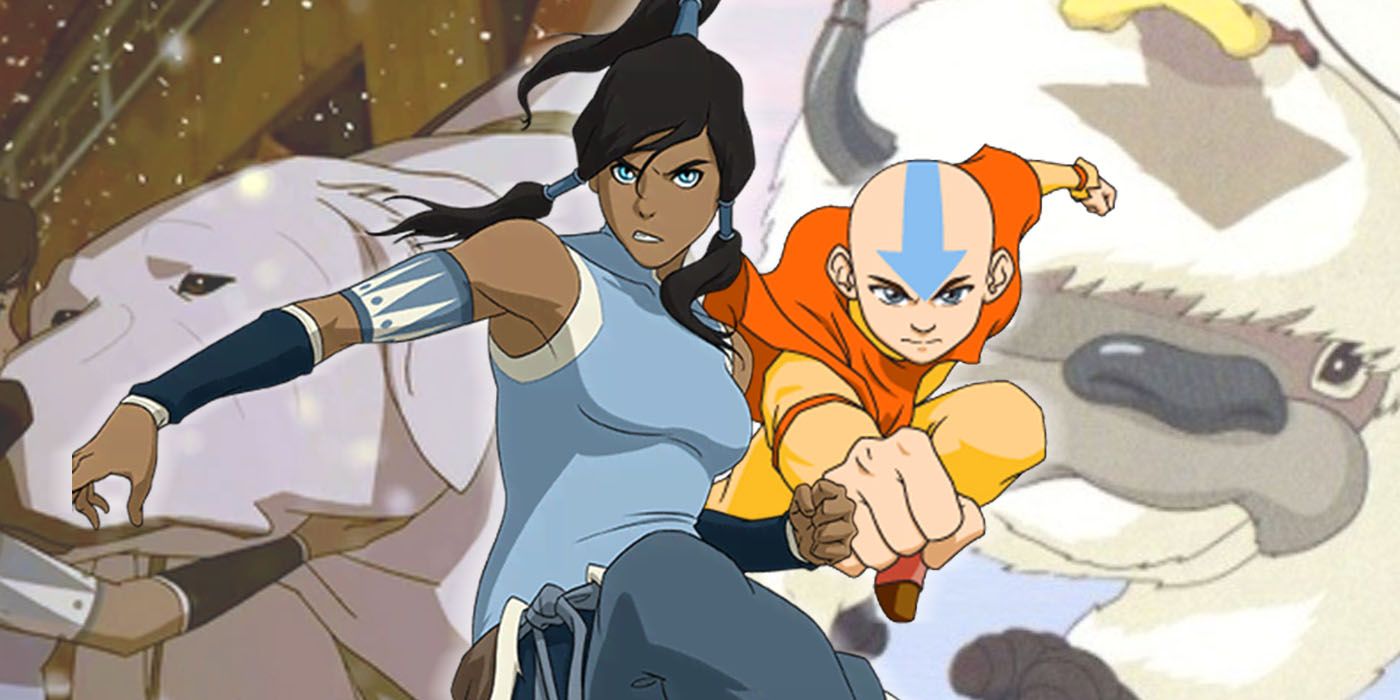 The Avatar is the ruler of the elements and the protector of the balance between dark and light, so why do they need a four-legged friend to keep them company?

It is the duty of the Avatar to master the four elements and to protect the balance of the world. At the end of his life, the Avatar is reborn in another nation and repeats the process once more. However, reincarnation and responsibility are not the only constants in the life of the Avatar. Katara and Roku have both confirmed that an animal guide is something every Avatar receives – every Avatar has a pet to help guide them. This animal appears to be spiritually related to the Avatar both in life and in death.

As well as generally being an adorable mascot for the Avatar team, this animal companion is also extremely loyal and useful to the Avatar. The Avatar Spirit, Raava, grants the Avatar many privileges and benefits, such as considerable power and experience. So why is it important for the Avatar to have a pet?

RELATED: Avatar: How Aang Reclaimed the Avatar State and Overpowered It

Tradition and rituals are very important in the world of Avatar. Some practices are kept alive for hundreds of years just to honor the past. Each Avatar can have a pet simply because the first Avatar had one. Wan, the first Avatar, continued his journey with a cat-deer named Mula. After Wan saved Mula from a group of hunters, he became Wan’s close friend and mount. Mula has traveled the world with Wan and helped him in his Avatar duties. Raava could make sure that each Avatar has a pet to honor Wan and Mula’s relationship.

The Avatar is tasked with protecting the entire world, which means he must travel great distances quickly. All of the pets that audiences see on the show are big enough to ride. During the Hundred Years’ War, Aang traveled through the four nations on his celestial bison Appa. Roku used his dragon, Fang, to quickly respond to emergencies all over the world. The Avatar’s mount allows them to travel through the four nations much more easily than if they had to travel on foot.

The Avatar has an incredibly dangerous job that attracts the attention of many villains. They are often victims of kidnappings and assassination attempts when they do not yet master the four elements. Korra was almost kidnapped by the Red Lotus as a child before learning to defend herself. Raava could choose animal companions capable of protecting the Avatar from such attacks. Appa and Naga fought alongside the Avatar and displayed fierce loyalty to them.

Many of the Avatar’s animal companions are able to bend the elements themselves or represent them in some way or another. These creatures have taught humans to use their powers of bending. The dragons and the celestial bison were the first masters of the elements of fire and air, respectively. Fang and Appa could have played a similar role for Roku and Aang. The animals may have served as personal teachers for the young Avatars, showing them how to use their native elements. Even Korra’s polar bear dog Naga is said to know the icy terrain of the South Pole and could help Korra with her waterbending training.

The Avatar’s pet is more than just transportation or a mastery teacher. The Companion is also one of the Avatar’s closest and oldest friends. Aang and Korra met their animals at a young age and quickly became inseparable. It is possible that Raava wanted every Avatar to have a friend they could rely on for their entire life. The spirit of the Avatar could link the animal spirits to the Avatar so that they could never be separated. Fang died alongside Avatar Roku and continued to be his animal guide in the afterlife. Appa more than likely passed away at the same time as Aang, as they were spiritually connected. It’s heartwarming to know that whatever happens, the Avatar will always have a friend by their side, in life and death.

KEEP READING: Anime Characters Who Fight With Their Legs Are Special – Here’s Why

Ryan is a feature film writer for CBR who grew up in anime, video games, and fantasy novels. They turned that strong passion for media into a bachelor’s degree in Creative Writing and Screenwriting from LSU in 2021. They describe themselves as a Dungeons & Dragons demon and a # 1 Naruto fan. You can find their opinions and unsolicited writings on astormingthought